What is being talked about 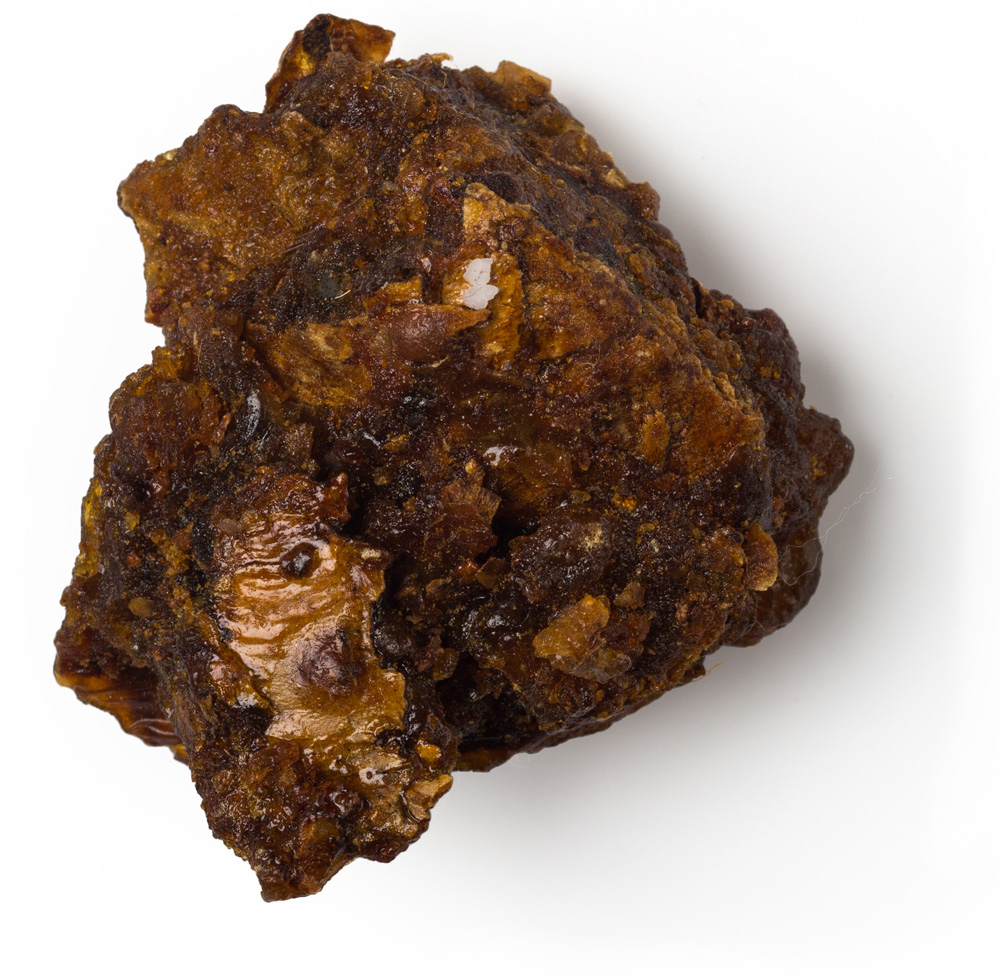 8
Products with this ingredient
View all products

Myrrh is a resin produced by small sturdy trees. These grow to no more than 9 feet in height and inhabit the semi-desert regions of Yemen, Libya, and Iran. They can also be found along the coast of the Red Sea. Because the myrrh trees are from the same botanical family as frankincense (Burseraceae), they share a number of similar features.

Most of the internationally traded myrrh is produced in the Southern Arabic peninsular (Oman and Yemen) and northeast Africa (Somalia).

Myrrh has been used throughout human history as an ingredient in incense and perfumery for its rich, amber-incense aroma. In ancient times, it was often worth more than gold.

The origin of the word myrrh is from the Arabic term murr, meaning bitter. Its yellow liquid is extracted from natural cracks or cuts in the trunk; this then sets in to brownish-red pieces. Steam distillation is used to extract the essential oil from the resin. Most myrrh, however, is used as a resinoid, which is obtained by solvent extraction. When burnt, it expands and blooms, rather than melting.

It has been used extensively for its apparent medicinal and rejuvenating qualities, even when there were no scientific means with which to test its properties. It was used by the ancient Egyptians in religious rites and as a preservative in the mummification process.

Myrrh has been shown to be antiseptic, astringent, carminative and anti-inflammatory; in modern medicine, it is used in pharmaceutical and dental preparations. It has been used to help heal wounds and treat conditions such as athlete's foot. It is highly effective in treating ulcers and gum problems, making it a popular ingredient in toothpastes.

We have used it in our fine fragrances, bath products, face moisturisers and lip balms.

We use myrrh resinoid in our Miranda soap for its antiseptic and astringent properties.

Our Gorgeous moisturiser contains myrrh resinoid for its aroma and skin soothing qualities.

Myrrh Resinoid can be found in these products

View all products
Beautiful
Shower Gel
You're beautiful as you feel
AED 207.90
/
500g

The Birth of Venus
Jelly Face Mask
Come out of your shell
AED 65.00
/
Each
Icon
Perfume
Charismatic and complex, dark and exotic
AED 300.00
/
30ml
0.00 (0)
Cancel
Back
Choose your knot wrap Confirm knot wrap design
Accept Cookies
Fancy a Chat?
In order to speak with one of our team, please accept Olark cookies and we will be happy to help!